God in Nature, God in Church 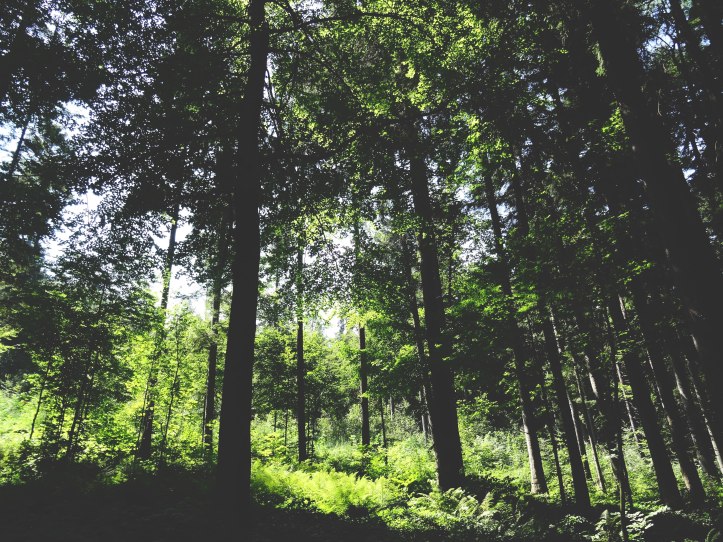 Few experiences beat the serenity and peace found in a long hike up a mountain. There is just something incredible about being physically disconnected from all the bustle, noise, stress, and on-goings of city life. The crisp air, the sounds of nature, the fresh smells. Something here speaks to a very fundamental place in humanity.

I reflect on this reality often when I am confronted with a common denunciation of organized religion: nature is my church, I go there to worship God.

It is true that the prophets were often drawn to the wilderness, to the high places. Christ Himself often sought refuge in the stillness of secluded and isolated locations in the desert and elsewhere. Still, I have to ask myself, can nature replace Church?

I see two helpful roads for this discussion. The first being what really lies at the heart of this argument (or more accurately at the heart of its supporters), and the second addressing what we have to gain by worshiping in common.

I hit a wall very quickly when I try to see the reason in this refusal of Sunday worship: since when was it an either or equation?

Plenty of my fellow Christians love the outdoors and go there often. At the same time, they share a devoted passion for liturgy and communal worship. The idea of “worshiping in nature,” really has nothing to do with nature at all, but a distaste for what happens in a Church.

Often I get the impression that what these folks mean by “worship” is something rather similar to enjoy. To enjoy something is for the individual only, and not for God. To worship God is to give all reverence and glory to Him who created it, and that is an external action. It requires effort and acknowledgment.

The heart of the matter simply remains that if we really wish to worship God, then we worship Him according to the means He provided for our own good. The emphasis is not on where and how I want to worship, but precisely upon God’s preference and desire.

This is to love God.

I am sure there are many causes for this hesitancy or out-right refusal to worship in community.

One perhaps being a general mistrust of others. This may either be a unhindered distaste for humankind in general stemming from past wounds and rejections, or perhaps just an inability to express something intimate, my relationship with God, in the presence of the community.

Another reason could be associated with the anxiety of being seen in a place of worship, the fear of being associated with “them,” the church going types. Being a believer is increasingly becoming a counter-cultural act, and a rather unpopular one at that.

In any case, the mentality that I can go it on my own, without the fraternal aid and support of the community is folly, and if left unchecked, it leads to spiritual ruin. For no person is wise enough to travel the long and arduous path to God alone. There are simply too many pitfalls, traps, and snares which await the sincere believer.

We need each other.

In Mere Christianity C.S. Lewis articulates the idea very well: “God can show Himself as He really is only to real men. And that means not simply to men who are individually good, but to men who are united together in a body, loving one another, helping one another, showing Him to one another. For that is what God meant humanity to be like; like players in one band, or organs in one body.”

The second downfall of the notion of worshiping in nature exclusively is the immense loss of missing out on communal worship.

Anyone who has played in a well practiced and unified band knows that this experience can be nearly mystical. The combined and harmonized efforts of the group creates a whole that is far greater than the sum of its parts. From this experience is created incredible music.

It is also true for worship, and the fruits of communal worship is truly mystical.

As Lewis points out, not only is communal worship better, it is also exactly what we were created for. In the Catholic tradition, even the most secluded hermit prays in communion with all the faithful using prayers which match exactly those of the faithful worldwide. In addition, they attend if at all possible a communal Sunday worship with their brothers or sisters.

They understand always that they leave the world specifically to be united to it, and to pray for it, with a greater fervency and intensity.

My point being that they are never separate, or on their own.

This is never the feeling I get from those who follow the idea of worship in nature.

They most often strike me as those lacking the energy and spirit of charity towards neighbour. They are often the types to be judgmental of all the failings of church leaders or those who attend, while not seeing their own.

A priest once told me of an exchange he had with a man on the street who said to him, “Why would I go to church, it’s full of hypocrites!” He immediately replied, “Yup, and we’ve got room for one more.”

If it is not the communal aspect of church, the other which can often turn people off, especially since the social upheaval of the sixties, is the structure and order of the Church. The dogmas, the rules, the hierarchy, etc.

C.S. Lewis recalls an experience where he was giving a talk on theology and “an old, hard-bitten officer got up and said, ‘I’ve no use for all this stuff. But, mind you, I’m a religious man too. I know there’s a God. I’ve felt Him: out alone in the desert at night: the tremendous mystery. And that’s just why I don’t believe all your neat little dogmas and formulas about Him. To anyone who’s met the real thing they all seem so petty and pedantic and unreal!’”

Lewis continues to explain that this man had a good point. That to go from this real experience to the dogmas was akin to “turning from something real to something less real.” Like going from a view of the ocean itself, to a map. “Turning from real waves to a bit of coloured paper.”

However, he finishes by making the point that the map, though not as real, contains thousands of combined experiences coming from thousands of different people. That this map, which is not the thing itself, does tell us how to navigate the dangerous ocean safely.

“The doctrines are not God.” They are, however, a guide to reach our destination safely.

He drives his point home: “You see, what happened to that man in the desert may have been real, and was certainly exciting, but nothing comes of it. It leads nowhere. There is nothing to do about it. In fact, that is just why a vague religion—all about feeling God in nature, and so on—is so attractive. It is all thrills and no work…”

Without the work to which Lewis refers, we also fail to obtain the fruits: supernatural charity, love, and perseverance in all kinds of difficulties and evils.

We need each other, we need the map.